From the art workshop to the museum

The activity of the Rovetta’s Fantoni as marangoni (wood carpenters) or magistri lignaminis (wood masters) started being documented in the 15th century. To the 1400s also belongs the first personality in the genealogy of the Fantoni operating as wood carvers, that Bertulino de Fantonis who was acknowledged as the founder by local tradition and the historical literature of the 1700s.
The family activity was again documented around 1630 through the work of Andriano (1563-1633), who – together with his brothers and his son Donato (1594-1664) – shows such a wealth of repertoire and frequency of commissions as to suggest a full and ongoing workshop production.
Donato’s son, Grazioso the Elder (1630-1693) – thanks to his numerous children and his unquestionable artistic and entrepreneurial talents – provided a decisive effort for the cultural and productive launch of the workshop beyond the borders of the mountain territories of the Bergamo and Brescia provinces. Around 1685, Grazioso could count on the collaboration of his sons Andrea (1659-1734) and Donato (1662-1724), both returning from a period of apprenticeship in Parma, also followed – in the case of Andrea – by a stay in Edolo, working with wood carver Pietro Ramus. The two eldest sons were gradually joined in their work by the brothers: Giovan Antonio (1669-1748), Giovan Bettino (1672-1750) and Giovanni (1674-1745), and by the sisters: Maria (?), Caterina (1666-1711) and Giovanna (1671-1748).
In 1680 were completed the cabinets of the first sacristy in the church of Alzano Lombardo, later followed – starting in 1692 – by the execution of the second sacristy’s carvings and statues under the direction of Andrea, and in collaboration with the workshop of Giovan Battista Caniana.

In 1683 the Fantoni workshop was commissioned to design and create the chancel of Castione della Presolana, and in the same period important preparation works of wood and marble liturgical furnishings were started for the churches of Foresto Sparso, Zone, Rovetta and several other small towns of the valley. A constant and equally rich creation of civil furniture, documented by the relevant preparatory sketches, came alongside the production of sacred furnishings.
Virtually the whole production of the workshop – consisting of the works, the drawings and sketches, and the preparatory wooden or terracotta models – was anonymous, proof of the cohesion and operative ability of the entire working group. Ruling the group was the figure of the workshop’s head and master, who assumed the public role of sole artist and official director of the family activity, also taking on the privilege of historical memory. Under Andrea’s management, the Fantoni obtained important commissions in Bergamo: the confessional for the Duomo (1704), today situated in Santa Maria Maggiore; the statues for the Pietà altar in the Duomo (1709-10) and the Blessed Sacrament altar in the church of S. Alessandro in Pignolo (1728-29). Several were the works commissioned in the Bergamo and Brescia territories, with significant creations in the parish churches of Rovetta, Clusone, Alzano, Foresto Sparso, Vertova, Gandino, Solto, Cerveno, Lovere and Capriolo. The workshop then started operating beyond the local borders, and obtained commissions for churches in Crema and works in the Milanese area (for furnishings in private houses), also sending works to Parma, Venezia, Salò and Ancona.

The Fantoni workshop – in particular Andrea, his brother Giovan Bettino and the latter’s son, Francesco Donato – occasionally also undertook architectural planning. Andrea created the crowning element for the Rovetta belfry (1699) and prepared designs for the construction of the new parish churches in Cerete Alto (1711-1725), Premolo (before 1714), Onore (1716-1721), Pisogne (designed after 1714), Dezzolo (1722-28) and Azzone di Scalve (from 1724), and also designed plans for the Ardesio parish church and shrine.

At the death of Andrea, the workshop’s direction went to Giovan Bettino, who worked with his brothers Giovan Antonio and Giovanni, and his nephew Grazioso the Younger (1713-1798). It was a period of continuity in the production of the Fantoni workshop, which saw the creation of the high altars for the ‘Madonna della Torre’ Shrine in Sovere (1735-36) and for the parish churches in Ranzanico (1736-1749), Vilminore (1742) and Vezza d’Oglio (1745). Important liturgical furnishings were also commissioned to the Fantoni workshop for the churches in Dorga (1735), Adro and Ome (1736), Rovetta (1736 and 1747), Onore (1741 and 1749), Sorisole (1746) and Songavazzo (1747).
At Giovan Bettino’s death, the roles of head and master of the workshop were assumed jointly by his second-born Francesco Donato (1726-1787) and third-born Giuseppe Grazioso (1731-1781), together with their cousin Grazioso the Younger. The officially joint management actually required three successive contracts in order to determine the respective roles and the sharing of economic interests among the cousins. In that period the workshop produced a series of important furnishings for the church of S. Giorgio in Ardesio (1759-1763), and for the parish churches in Clusone (1753), Valcanale (1761), Castione (1767), Onore (1768), Ogna, and Songavazzo (1772). In 1750 were created the stories for the pulpit in Alzano Lombardo, which had already been designed by Andrea around 1711. In 1760 the workshop produced the high altar for the ‘Madonna del Frassino’ Shrine in Oneta, and in 1763 it took part in the execution of three chapel stations for the Way of the Cross Shrine in Cerveno.
The last act of the workshop took place with Donato Andrea (1746-1817), son of Grazioso, who, returned to Rovetta in 1766 after four years of study in Rome, started working with his father and then succeeded him in the management of the workshop activity, repeatedly trying – together with his cousin Luigi (1759-1788) – to expand beyond the local borders. Therefore, he tried to get commissions in the Venetian territory and in the Milanese area, where he tried to enter the building site of the ‘Fabbrica del Duomo’ as master, and as teacher at the Brera Academy. The workshop production was still quite intense as regarding commissions of religious character for the churches in the valleys located in the Bergamo and Brescia provinces. Also lively was the creation of civil furnishings, including the outstanding alcove made for Count Gerolamo Sottocasa (1775), today at the GAMeC gallery in Bergamo.
After Luigi’s premature death, the workshop activity proceeded wearily, and reached its conclusion in the first years of the 1800s, with Donato Andrea by then mainly operating as administrator of the local landowners’ properties. 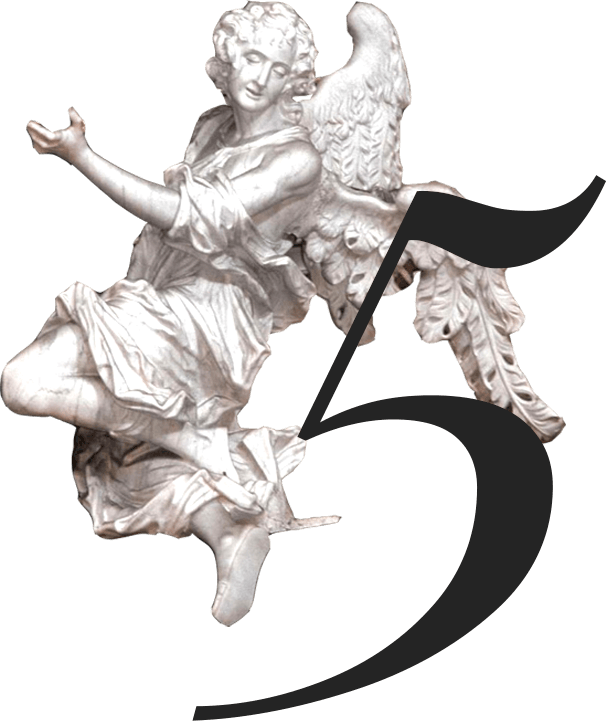 Request a Guided Tour of the Fantoni House-Museum.